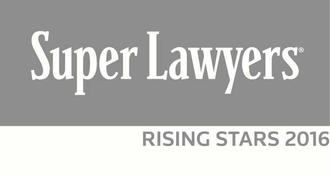 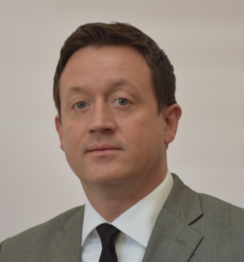 (GRAND RAPIDS, MI - SEPTEMBER 2016) -- Core Legal attorney Christopher Wirth has been named a 2016 Michigan Super Lawyers Rising Star for the fourth consecutive year.  Each year no more than 2.5 percent of the lawyers in the state are selected by the research team at Super Lawyers to receive this honor.  Super Lawyers, a Thompson Reuters business, is a rating service of outstanding lawyers from more than 70 practice areas who have attained a high degree of peer recognition and professional achievement.  The annual selections are made using a patented multiphase process that includes a statewide survey of lawyers, an independent research evaluation of candidates and peer reviews by practice area.  The result is a credible, comprehensive and diverse listing of exceptional attorneys.  The Super Lawyers lists are published nationwide in Super Lawyers Magazines and in leading city and regional magazines and newspapers across the country.  Super Lawyers Magazines also feauture editorial profiles on attorneys who embody excellence in the practice of law.  In addition to being named a Super Lawyers Rising Star in 2016, 2015, 2014 and 2013, Mr. Wirth was also named a 2015 Michigan Top Lawyer in corporate law, one of the Top 10 Family Law Lawyers in Michigan for Client Satisfaction by the American Institute of Family Law Lawyers in 2015, and was the winner of the Paul J. Hergenroeder Award for Outstanding Success in Trial Advocacy in 2006.  For more information about Super Lawyers, visit SuperLawyers.com